The seaside fishing village of Agia Pelagia is built in the centre of a picturesque amphitheatric bay, 23 km northwest from Heraklion capital city of the Island of Crete, therefor it distants only 25 km from the airport of Heraklion and 23 from the seaport It takes its name from the homonymous church, in the Monastery of the Sebbathians, ruins of which are found at a distance of 1 km west of the village. During the last few years, the resort has known a tourist development, as its sandy beaches attract many visitors who find here all kinds of services. From Agia Pelagia you can visit the post-minoan graves and the University (Pritanion) of the 4th century B.C. which were found in 1970 at the site Kladistos or Kladotos and support the view that this was the site of the ancient city of Apollonia. Worth visiting is also the nearby cave, with the name "Evresi", where - according to legend - local people found the icon of Agia Pelagia (Saint Marina)

Surrounded by mountains and hills, Agia Pelagia lies right in the middle of Crete (which makes it easy to be used as a base for excursions around the island), with about 9 smaller sandy and rocky beaches (except of the central bay) reached easily by feet for those who prefer more privacy rather than big beaches 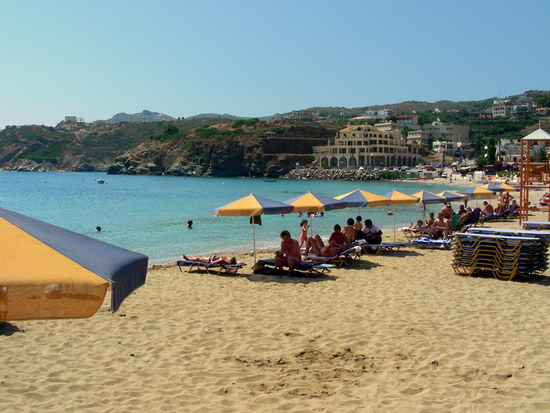 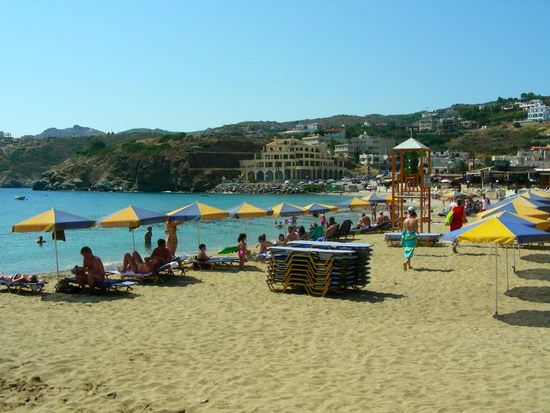 In the village you can find many taverns, offering traditional but also international dishes, bars, cafes, shops and boutiques, which will invite you to exciting short walks through the little streets. Near Agia Pelagia you will find some interesting places to visit, like the Minoan Palace of Knossos, the archeological Museum of Heraklion, the traditional villages of Achlada, Fodele and Anogia up to the highest mountain of Crete "Psiloritis" (2.456m high) 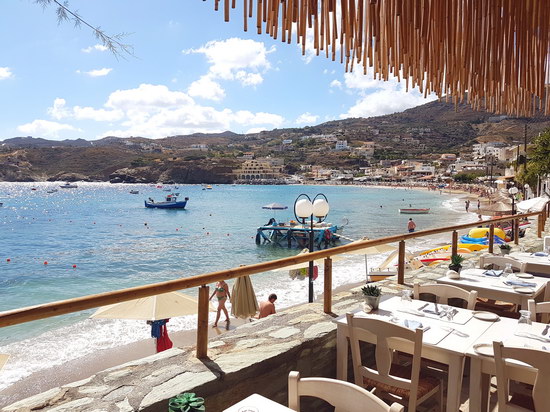 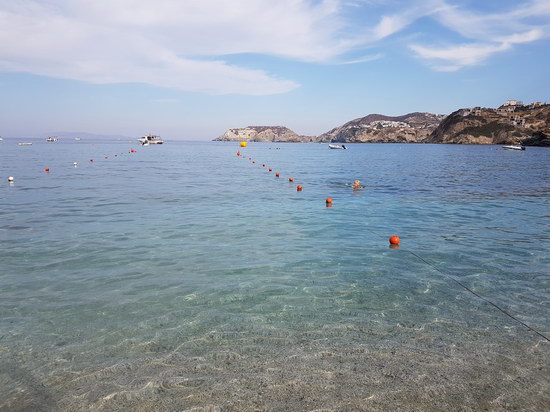 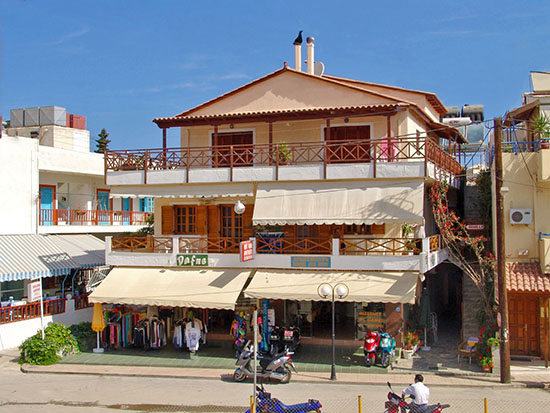 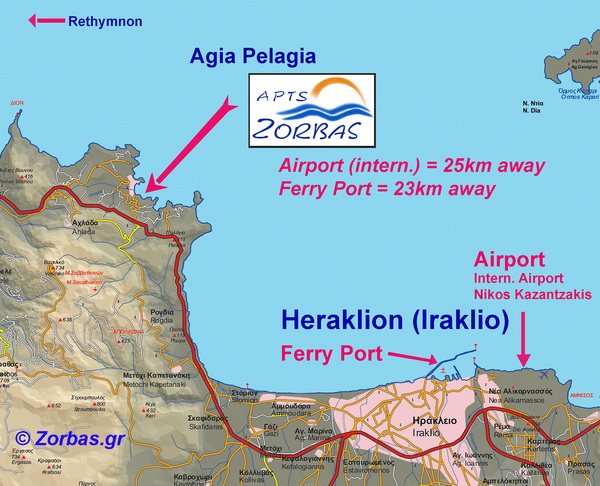 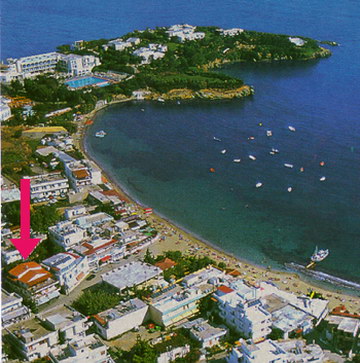 Zorbas apartments are builded right in the middle of Crete, at 22Km west from the capital of the island, Heraklion.
Lies in the center of the picturesque bay of Agia Pelagia an idyllic spot, little fishing village, offering everything for an unforgettable holiday

Here you can enjoy true Mediterranean hospitality, relax on any of several wonderful beaches, admire the scenery or take a dip in the transparent waters.

Take a brake at our friendly hotel, at Zorbas Apartments we guarantee youﾂ値l feel at home 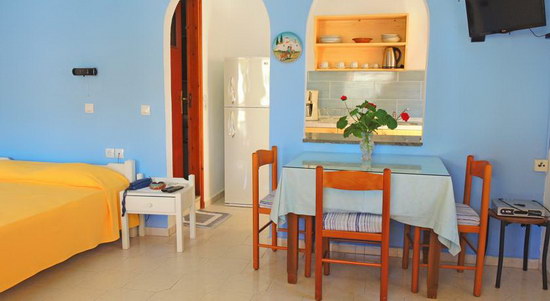 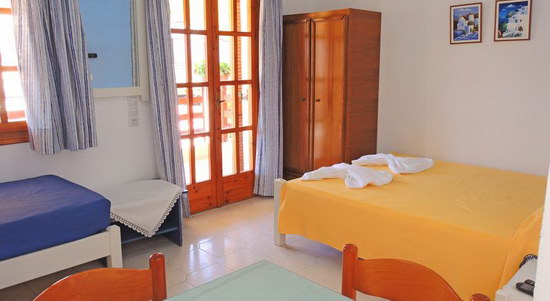 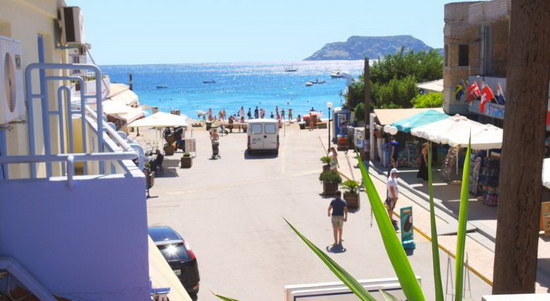 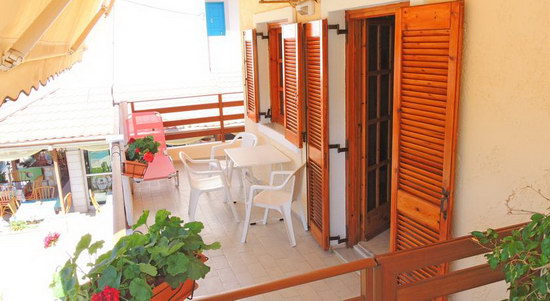 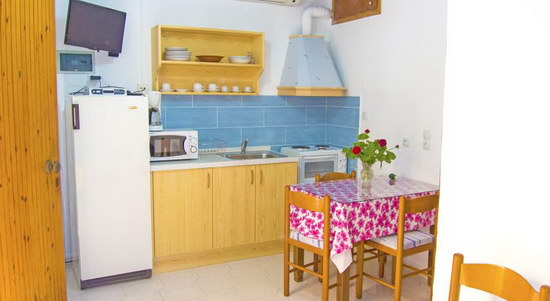 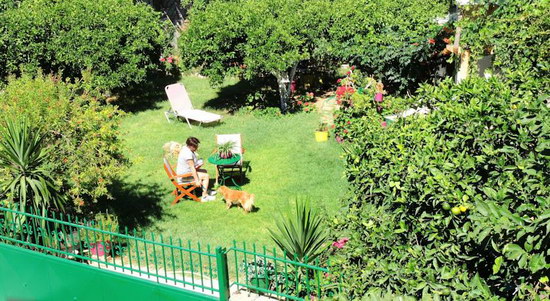 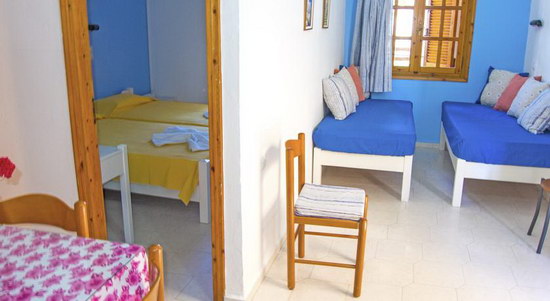 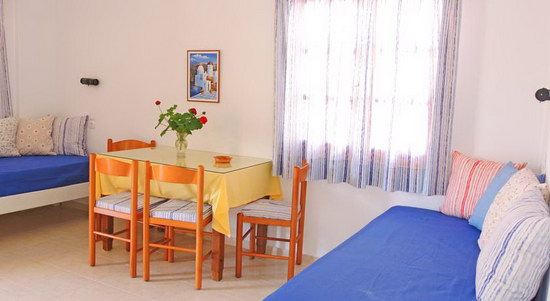 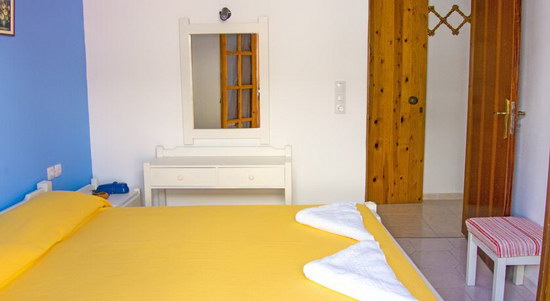 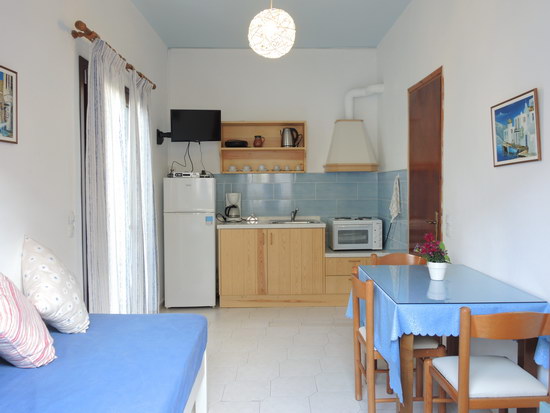 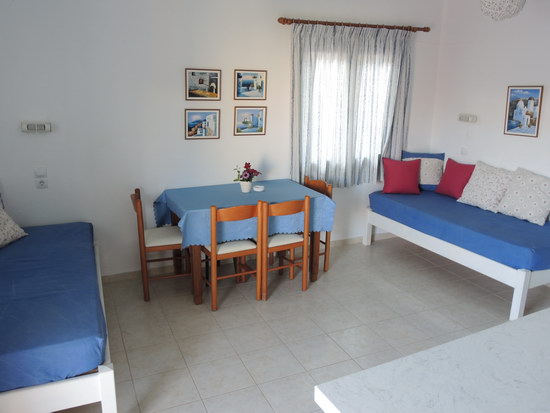 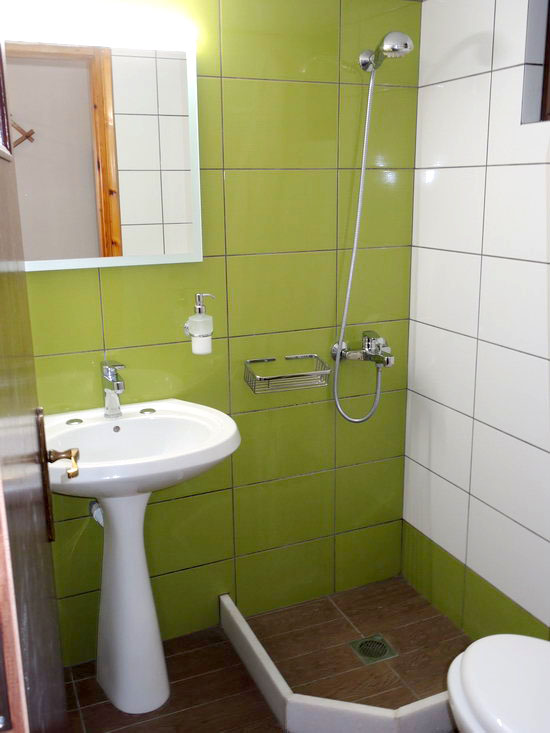 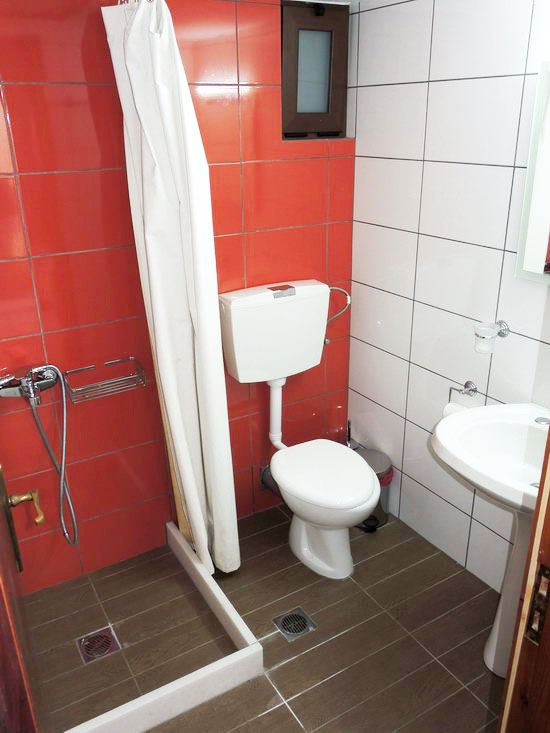 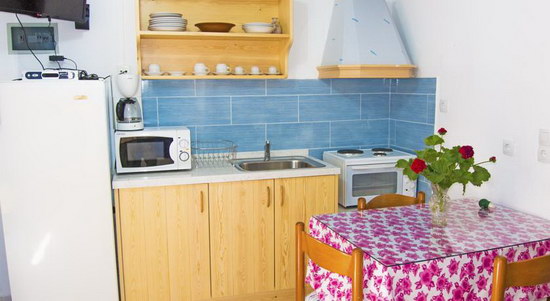 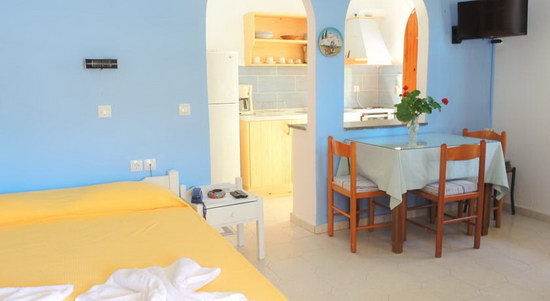 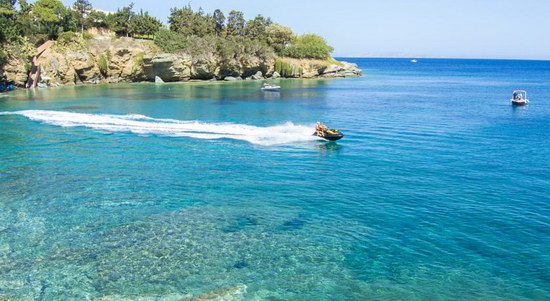 Call us now for our competitive rates

Beach of MADES (MADE)